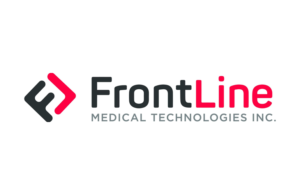 Front Line Medical recently announced that it expanded the availability of its COBRA-OS aortic occlusion device to meet growing demands.

COBRA-OS is a 4 French REBOA (resuscitative endovascular balloon occlusion of the aorta) device that provides full occlusion, intermittent occlusion or partial occlusion depending on a patient’s needs. It has Safety Should Reservoir incorporated into the device to prevent aortic rupture during inflation in REBOA emergency procedures.

[Read more about the COBRA-OS from cofounder and CEO Asha Parekh here, as part of our Women in Medtech coverage]

REBOA procedures are minimally invasive and used in emergency situations. It deploys an endovascular occlusion balloon in the aorta to temporarily stem blood flow below the device and increase blood flow to the brain and heart, according to the company.

“The COBRA-OS is tiny but has a huge impact for patients. When a patient is bleeding to death in front of you, simple solutions are key and the COBRA-OS is the most straightforward REBOA device available,” Front Line Medical cofounder Adam Power said in a news release. “When the COBRA-OS is used appropriately, it can be one of the most powerful tools in your hemorrhage control toolbox.”

The COBRA-OS system has recently been used to treat a pregnant patient to reduce the bleeding associated with placenta percreta. In a non-bleeding situation, the occlusion system was used to bring a patient back to life who had cardiac arrest outside of the hospital and CPR for 30 minutes before arriving in an emergency room.