The Galien Foundation recently announced its nominees of medical device innovations for its 2022 Prix Galien USA awards. There are 24 medical technologies nominated for the annual award this year, up from 18 nominees in 2021. The Galien Foundation’s annual Prix Galien awards highlight devices, biotechnology and pharmaceutical products … END_OF_DOCUMENT_TOKEN_TO_BE_REPLACED 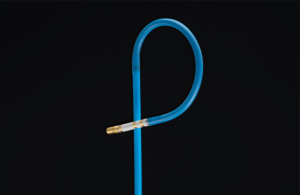 It’s about figuring out how and where to go with the cardiac ablation and then engineering the best catheter-based delivery device, according to a top Acutus Medical scientist. Cardiac ablation is when a physician intentionally destroys a small amount of tissue in the heart to treat and prevent heart rhythm problems. The procedure creates … END_OF_DOCUMENT_TOKEN_TO_BE_REPLACED Endovascular Engineering today announced the closing of a $15 million Series A1 financing co-led by Santé Ventures and Cordis. The Menlo Park, California–based startup is also called E2. It's focused on developing advanced mechanical thrombectomy technology. "With the close of this funding, we will continue the journey from concept to … END_OF_DOCUMENT_TOKEN_TO_BE_REPLACED Four ALS patients with a Synchron Stentrode brain implant had no serious adverse events one year after their procedure, which allowed the paralyzed patients to control a computer for online shopping, banking and text communication without using their hands or voice for input. New York-based Synchron said this study demonstrated the safety of its … END_OF_DOCUMENT_TOKEN_TO_BE_REPLACED Engineers at the University of Leeds have developed a magnetic tentacle robot to pass through the narrow tubes of the lungs. Scientists and engineers at the university made a proof of concept for a robotic device that can reach the smallest bronchial tubes to take tissue samples and deliver cancer therapy. The tentacle robot has a diameter of … END_OF_DOCUMENT_TOKEN_TO_BE_REPLACED CoreMap today announced it closed a $20 million Series B financing to accelerate the development of its cardiac arrhythmia diagnostic technology and launch pilot studies. The Burlington, Vermont–based company said it also closed on a $3 million Series A Milestone financing that was part of its $10.5 million Series A in September 2020. In … END_OF_DOCUMENT_TOKEN_TO_BE_REPLACED After years of development, University of Arizona researchers have captured their first images inside fallopian tubes with a new device that could be used to search for early signs of ovarian cancer. University of Arizona BIO5 Institute Director Jennifer Barton developed the high-resolution falloposcope, which has a diameter of only 0.8 … END_OF_DOCUMENT_TOKEN_TO_BE_REPLACED